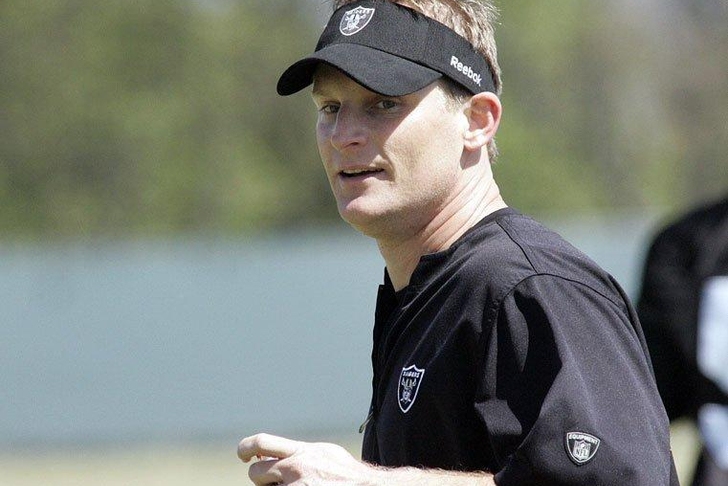 Call it somewhere between a "Stone-Cold" Steve Austin moment...

And a Craig moment.

However, if you are going to call it anything, call it good for the Raider Nation at large.

Jason Tarver's middle finger barrage toward officials during the third quarter of Sunday's 21-18 victory over the Pittsburgh Rush Defense has all of the potential of a lynchpin, marketable moment for "when the Raiders finally escaped the Decade of Absolute Jack $%#@."

After a beyond questionable personal foul penalty on Mike Jenkins for playing football with a slightly defenseless receiver in Le'Veon Bell, Tarver wanted his. With a 21-3 lead. Over a franchise who has defined winning during the Raiders' slide into the abyss.

In an era where the NFL is much more concerned about being palatable to focus-groups and English grandmothers who enjoy snooker and who might shell out an extra pound or two to see Shad Khan's Jaguars punt the ball in the shadow of Big Ben, the Raiders can represent something the NFL sorely needs--an unabashed edge.

Jason Tarver brought together a defense full of talents projected to have middling skill sets and turned them into what now stands as a legitimate top-ten NFL defense. His fire and tireless work ethic have turned assumed sand into silver, and the consistency that the Raiders have shown against both the run and the pass has been critical in keeping the Raiders in the race.

With the offense's inconsistency (punctuated by a 34-yard squat on the ball and pray for a win performance in the entire second half on Sunday,) Jason Tarver's belief and the belief his players have in him and his system matters. A lot. A whole hell of a lot.

And, c'mon...I know we are an emotional world full of taboos in public and contradictions at home, but this whole Puritan-esque "sanctity of the game" and "for the children" ideal is in need of a severe rethink. Look at your media, your tabloids, your television, and your children's data usage on their cell phones and tell me that Jason Tarver showing his middle digits to the zebras has any morally corrupting consequences whatsoever.

It's Raider football. With anger. And brutality. And large amounts of testosterone meeting at breakneck speeds.  And Al Davis' shadow beginning to lift off the franchise.  Grant Boone's tweet on the subject sums this up perfectly:

Was #Raiders DC Jason Tarver F-bombing & flipping off the refs after that flag on Jenkins? If so, Al would've given him a lifetime contract.

Say what you want about the end of Al, but his middle-finger of a personality was a catalyst for why the AFL-NFL merger made and continues to make a whole lot of people a whole canyon full of money. Part of that was running a counterbalancing franchise whose fan-base, staff, and players scared the piss out of opposing fan-bases, staffs, and players.

This could be an alarm bell ringing, signaling a new Raider era which emulates the best parts of the old times, while staying entrenched in the analytic philosophies which are necessary to succeeding in today's NFL. Despite apologizing, Dennis Allen, Jason Tarver, and the rest of the staff didn't exactly seem contrite in their message.