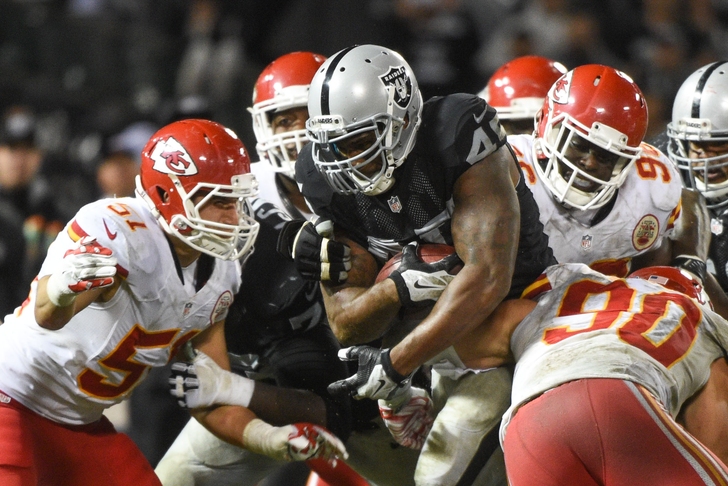 Three weeks after handing the Raiders their first win of the 2014 season, the Chiefs got their revenge. While Oakland added some respectability to the scoreline with a late touchdown, this was mostly one-way traffic through the first three quarters.

Oakland kept things close in the first half, but Kansas City scored three touchdowns in just under five minutes of game time late in the third quarter. The outburst extended Kansas City's lead from 10-6 to 31-6, effectively putting the game on ice.

Alex Smith was excellent today, going 18/30 with two touchdowns and no interceptions. Smith completed passes to 10 different players today, with four racking up more than 55 yards.

Derek Carr's 56 pass attempts is a new career high, but he completed just 27, giving him a sub-50% completion percentage on the day. This is the second time Carr has completed under 50% of his passes this season.

Oakland will look for their third win of the year with the Buffalo Bills coming to town, while Kansas City travels to Pittsburgh trying to keep their playoff hopes alive.