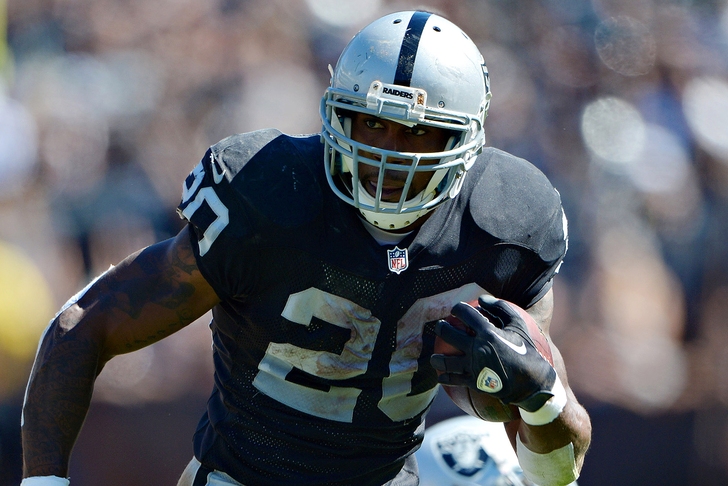 In this lighthearted Raiders news and rumors update, Oakland Raiders running backs Darren McFadden and Maurice Jones-Drew have decided to one-up the Golden State Warriors' Splash Brothers duo of Stephen Curry and Klay Thompson with the first of what promises to be a series of hilarious photos.

Ladies and gentlemen of the Raider Nation, we present to you the Dash Brothers:

The ball's in your court, Warriors.

(Also, if the Coliseum doesn't start selling these fantastic sweaters with DMC and MJD's numbers on the back, that's just bad business.)