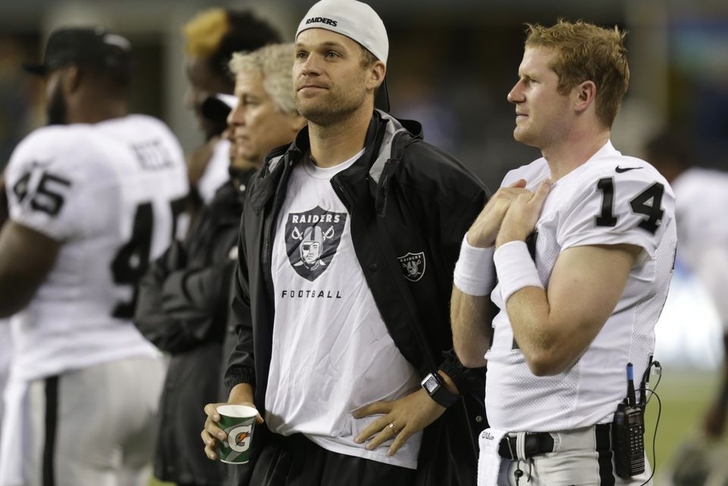 Flynn was acquired to be Oakland's QB of the future, but he was beaten to the starting job by Terrelle Pryor, and was demoted to the third string last week after an uninspiring performance in a loss to the Washington Redskins. Flynn is due $6.5M in salary this year.

Flynn was acquired in a trade with the Seahawks on April 2, 2013 - the Raiders sent a 2014 5th round pick and a conditional 2015 draft pick to Seattle for the QB. Flynn had previously played for the Green Bay Packers, where he backed up Aaron Rodgers.