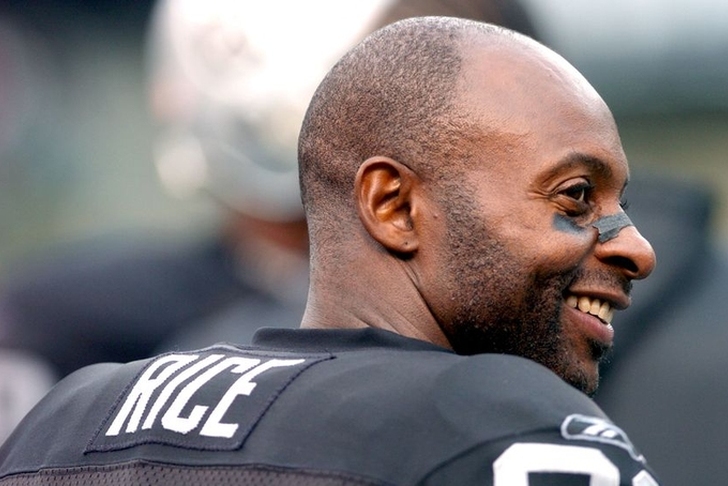 The Oakland Raiders landed the "White Whale" bringing back Jon Gruden as head coach, but may reel in another name, possibly bigger than Gruden. Gruden's former players showed up to his press conference on January, 9th and one of them believes he can still play.

Rice appeared on "The Adam Schefter Podcast" this week and was asked if he could still play.

"I was joking around with Jon Gruden about this, because I told him, 'Jon,' I said, 'Look I still got about 80 catches in me.' And he was like, 'Don't joke with me cause, you know, we'll seriously sign you, you know, back to the team.' But, yeah, you know what? I played it for over 20 years. It's a whole different game now. It's more of a passer game now and it's the ideal situation for wide receivers," Rice said.

"I wouldn't even give it a second thought, because, you know, I played it for over 20 years and I still think I played it the right way because I was like a little kid on the football field and to be able to impact, you know, so many lives and touch so many people, I think it made everything worthwhile" Rice continued.

Even if Rice wasn't able to put the pads on, having him as a mentor to young wide receiver Amari Cooper would be great. Rice is regarded as the greatest wide receiver in NFL history with 1,549 receptions, 22,895 yards, and 197 touchdowns.