5 Quarterbacks The Raiders Could Sign To Replace Derek Carr 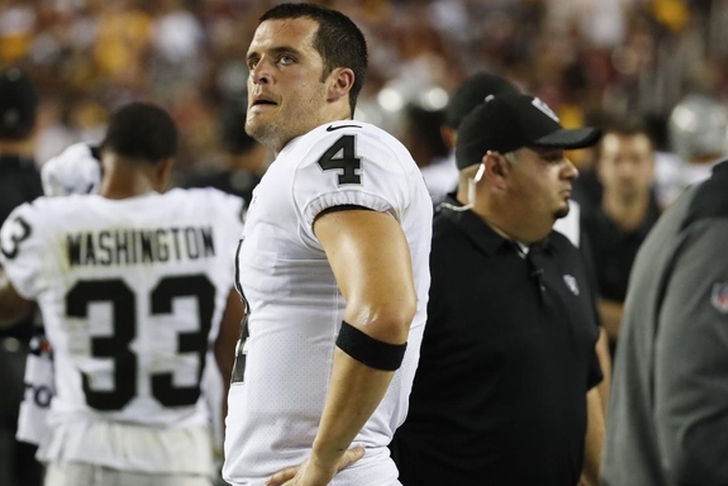 Oakland Raiders quarterback Derek Carr suffered a fracture in his back in Sunday's 16-10 loss to the Denver Broncos and will miss the next 2-6 weeks. While he is expected to return to the team later this year, this is an injury that can linger. And, with Oakland expecting to make the playoffs this year, they need to sure up the quarterback position.

The Raiders plan to go with backups EJ Manuel and Connor Cook in the meantime, but if both struggle (which they've done whenever they've seen the field in their careers), Oakland could look elsewhere as they try to stay competitive in the AFC. Here are five quarterbacks they could sign: 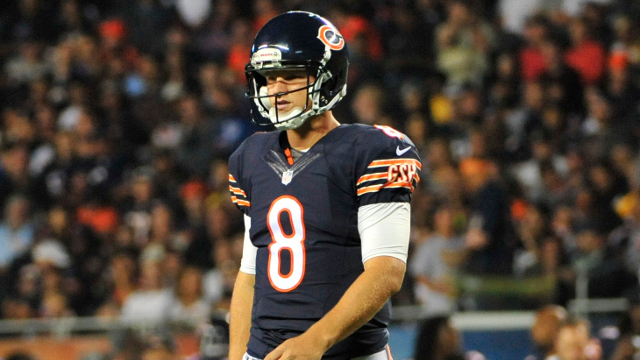 Clausen has bounced around the league, playing in Carolina, Chicago and Baltimore before being out of the NFL last year. Is he a better option than Manuel or Cook? No. Clausen's a career 54 percent passer with twice as many interceptions as touchdowns. But if one of them get hurt, Clausen is someone with experience who is available.

Looking for a spot starter who can come in with little preparation and play for a few games? That's Hill, a proven game manager. He has spent most of his career as a backup and appeared in three games for the Vikings last year, including one start. He has completed nearly 62 percent of his passes in his career and has thrown 10 touchdowns to just seven interceptions in spot-starter roles over the last six years.

Romo seems pretty entrenched in his new gig with CBS. However, he made sure his contract included a clause that allowed him to return to the NFL should the opportunity present itself. It's hard to imagine him exercising that clause for any team other than the Dallas Cowboys, but Oakland would give him a chance to play for a Super Bowl contender. If this injury does linger and causes Carr to miss a lot of time, Romo is someone that Raiders would feel confident about in the playoffs.

Griffin doesn't carry the type of political baggage that the top player on our list does, but he does carry more injury problems and worse on-field production. He wasn't great last year for the Browns, but Griffin III has proven he's serviceable. He will never be the same guy that won Rookie of the Year - and that's fine. He's still better than many other quarterbacks in the league when healthy, including both Manuel and Cook. The problem is just staying healthy. This is the guy everyone will turn to. Kaepernick is the best QB left on the free agent market and it's not his level of play that's resulted in no NFL teams signing him. He's being blackballed by the NFL for his activism and anthem demonstration, which the rest of the league has talent part in this year. Frankly, if the Raiders do sign another quarterback and it's not Kaepernick, it'd be a major, major insult. Kaepernick knows how to play and was doing so at a high level last year (12 touchdowns, four interceptions). He'd keep Oakland in the playoff race.