4 Reasons Why The Raiders Are GUARANTEED To Make The Playoffs 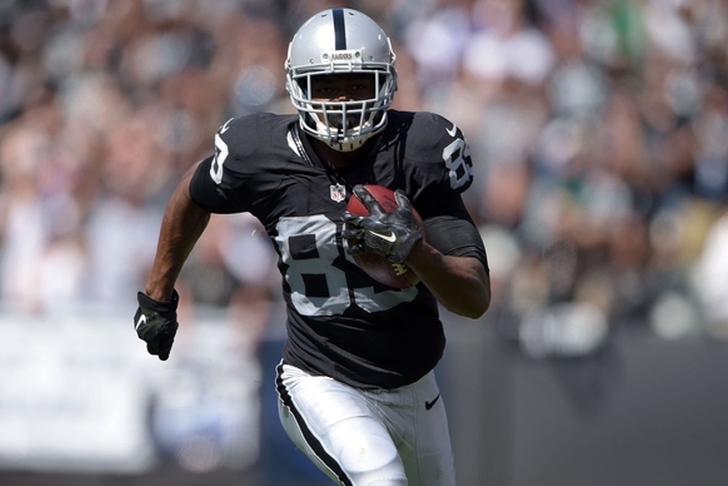 The Oakland Raiders suffered a heartbreaking 24-22 loss at the Chicago Bears last week, but we're not letting that dim our optimism about the team. In fact, we see the Raiders moving from 2-2 right now all the way into the 2015 NFL Playoffs.

The defense isn't as good as others in the AFC, but that doesn't mean the Raiders don't have some gifted players. Khalil Mack is on the verge of becoming a superstar, while Aldon Smith has proven to be a great addition so far. Dan Williams and Justin Tuck have both played well on the defensive line. T.J. Carrie has been a pleasant surprise and Charles Woodson is still (somehow) playing at a high level. The Raiders still have holes on defense (non-pass rushing linebackers and corner), but they are good enough on defense to make a Super Bowl run.

Carr, Murray and WR Amari Cooper are starting to grow into the NFL's newest version of the triplets. They still have plenty of developing left to do before they belong in the conversation with Troy Aikman, Emmitt Smith and Michael Irvin, but the young Raiders are getting there. Carr is continuing to develop as a passer, Murray looks like the feature back the Raiders have been searching for and Cooper might be among the Top 10 NFL WRs by season's end. With these three budding superstars, the Raiders are legitimate Super Bowl contenders.

Manning Isn't As Good As He Once Was

Peyton Manning is simply not the player he once was. He's still a great QB, but that's mostly because of his intelligence. His arm is declining and it won't improve as the season goes on and the temperature drops. As a result, the AFC West is open for the taking. If the Raiders can win the division, then they have a chance to make a move in the postseason because of their offense.

The Raiders' don't immediately jump to mind when thinking of the best offensive lines in the NFL, but they've been great thus far. They have great grades on Pro Football Focus and have opened up holes for RB Latavius Murray and given QB Derek Carr time. Much of the credit belongs to Mike Tice, who has done a great job with the Raiders' offensive line.