3 Things The Oakland Raiders Must Do To Make The Playoffs 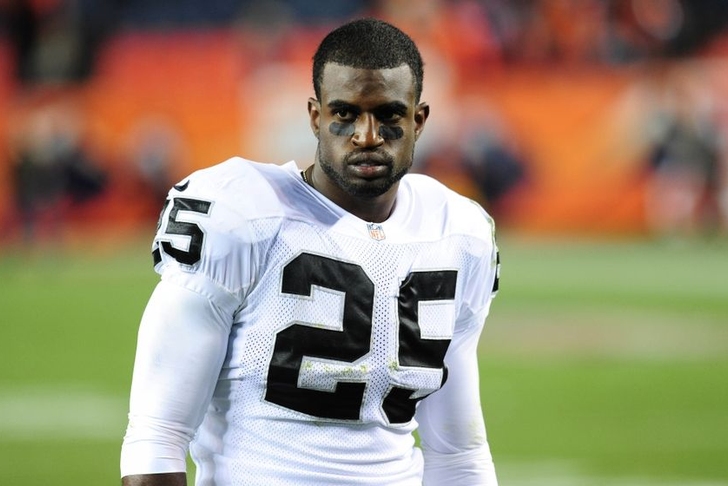 The Oakland Raiders have been on the outside looking in at the NFL Playoffs dance for 12 seasons running, but the pieces are in place for a major Raider Nation come-up in 2015. Here's 3 Things The Oakland Raiders Must Do To Make The Playoffs.

1. Get Productive Years From Its Young Secondary 2. Get The Running Back Rotation Down To A Science

We're not worried about Derek Carr in year two, nor do we have reservations about 2015 first-rounder Amari Cooper on the outside. We are, however, interested to see just how Oakland's overhauled running game will spell a passing attack that was stretched beyond its limits last year. Latavius Murray has all the tools to be a true feature back, Roy Helu Jr. is a hell of a change-of-pace option, and Trent Richardson? He's still young and not far removed from running roughshod over the SEC at Alabama.

If the Raiders' running game can even climb its way to the middle of the NFL pack, the offense becomes that much more dangerous as a whole.

This may seem like a tall task with Philip Rivers and Peyton Manning under the opposing center for four of the team's six AFC West games, but taking care of in-division business is the first step for any team looking to shed also-ran status. Remember the way we felt after that Thursday night home win over Kansas City? Multiply that by five and you've got the makings of a surprise AFC juggernaut.