Why would the A’s consider trading Marcus Semien? 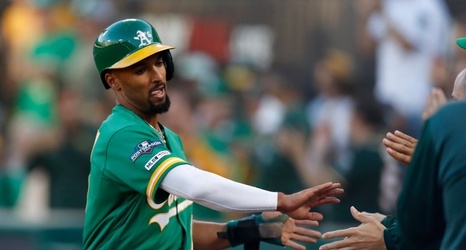 The A’s had a big decision to make about Marcus Semien even before the shortstop’s monster 2019 season.

In the end, will it be the same old story for A’s fans? The venerable baseball observer Peter Gammons suggested as much last week.

Semien isn’t a free agent until after next season. But the MVP finalist is in line for a significant pay boost — probably into the neighborhood of $14 million.

Too rich for the A’s blood? Remember, this is a small-budget franchise that shocked its fans base last April when it finally held on to one of its stars and splurged for $33.