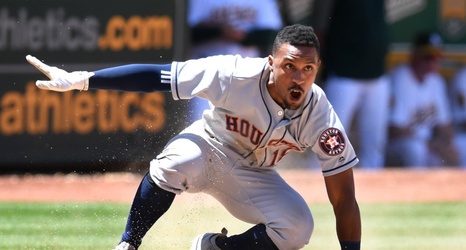 MESA, Ariz. — Tony Kemp isn’t one to make a grand entrance upon arrival to a new team. The 28-year-old new Oakland Athletic will take introductions slow, teammate by teammate.

But one Athletic took Kemp aside on his own. Pitcher Mike Fiers wanted to talk with his former Houston Astros teammate — a teammate he celebrated a 2017 World Series title with. They talked it out.

“I understand where he comes from,” Kemp said. “He’s my teammate now and teammate in Houston and nothing changes.”

Fiers, still mum on the fallout from his whistle blow, said Kemp is “a guy everyone is going to love,” but wouldn’t discuss the chat further.