The other shoe drops for former A’s prospect Jharel Cotton 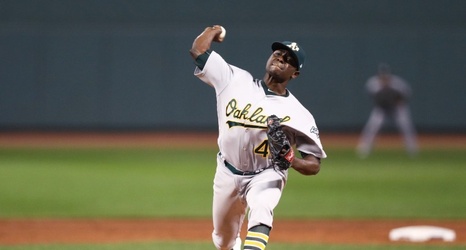 Jharel Cotton, once a shiny piece in a big A’s trade, was sent to the Chicago Cubs on Saturday for “cash considerations.”

The right-hander had been designated for assignment last Wednesday to clear a spot on the 40-man roster for pitching prospect Daulton Jefferies.

Cotton, 27, was one of three pitchers the A’s got in trade from the Los Angeles Dodgers for Josh Reddick and Rich Hill on Aug. 1, 2016. The others — Frankie Montas and Grant Holmes — remain on the Oakland’s 40-man roster. Montas was having a breakout season in 2019 (9-2, 2.70) but pitched only once after being suspended 80 games for PED use.