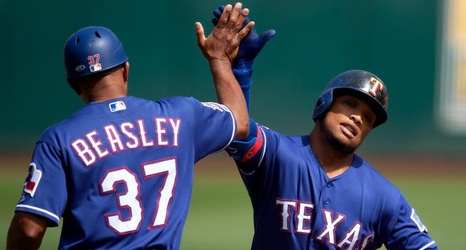 OAKLAND -- Tanner Roark got off to a great start with the A's after coming over from Cincinnati in a July 31 trade. The right-hander went 3-1 with a 2.70 ERA in his first six starts with Oakland.

Unfortunately for Roark, his last three starts have been a completely different story. The 32-year-old has allowed 14 earned runs in 14 1/3 innings for an ERA of 8.79.

Sunday's outing against the Rangers was Roark's worst of the season. He surrendered a career-high four home runs and gave up five earned runs in just three innings, as Texas breezed to an 8-3 win.