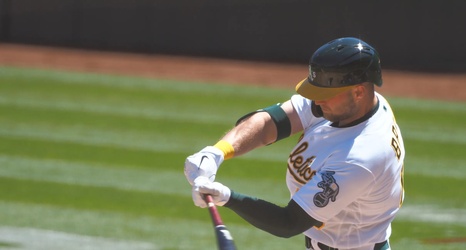 The Oakland A’s needed somebody to step up, and Seth Brown had been waiting long enough that he wasn’t going to miss the call.

Brown earned an MLB debut at the end of 2019 and played well, helping the team down the stretch and even getting an at-bat in the Wild Card Game against the Rays. But 2020 was a lost summer, with no chance to play in the canceled minors, and he got only five plate appearances in a short season on a crowded Oakland roster. Now age 28, he barely missed out on the 2021 Opening Day roster last week, instead going back to the alternate site again to play scrimmages.