Pitchers Throwing To Catchers! Cats And Dogs Living Together! 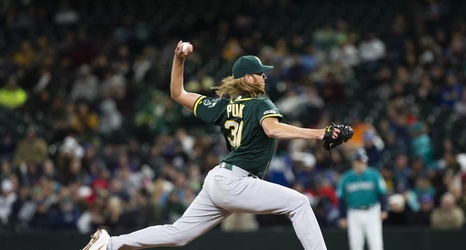 There is something magical about the day pitchers and catchers report, which is odd because not much actually happens. This is not the day you’re wowed by Jesus Luzardo’s 97MPH fastball on the black, because today Luzardo likely just played catch. But to any baseball fan, it is officially the first day of spring.

For one thing, the news will start having daily baseball features and fewer words devoted to lesser sports (apparently a local football team did pretty well this year and a local basketball team isn’t faring as well).

So today I won’t pontificate on dogs and cats living together (likely in sin, at least I sure hope so) and will turn our collective attention to the most intriguing questions surrounding the A’s pitchers and catchers — who reported today, did you hear?