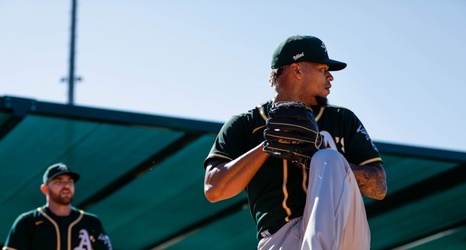 While much of the national media’s focus was on the Houston Astros’ news conference in Florida at Lew Wolff Training Complex in Arizona the Oakland Athletics continued practice as usual.

Pitchers and catchers ran a series of conditioning drills and did work behind the mound. Some of the catchers on the team and other hopefuls practiced their hitting.

The team will continue a similar regiment until the full squad reports to spring training on the Feb. 17. The A’s play their first spring game versus the Chicago Cubs at 12:05 p.m. Feb. 22 at Sloan Park in Mesa, Ariz.