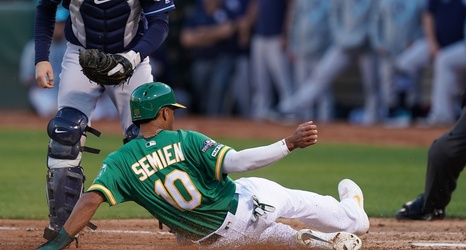 The Oakland Athletics aren’t exactly a team known for making big-name free-agent signings or handing out blank checks to homegrown talent. But if they want to keep Marcus Semien around, they’re going to have to make some history.

The fact that we’re even discussing Semien in this regard is already quite astounding given where he was a year go.

Semien had steadily improved over his four years with the A’s and had managed to transform from a below-average defender to one of the very best at his position. But at the plate, he still remained unimpressive.