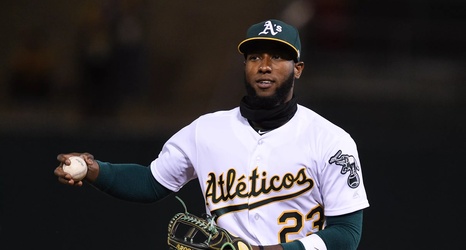 The Oakland A’s have traded second baseman Jurickson Profar to the San Diego Padres, reports MLB insider Robert Murray. It is not yet clear what the A’s are receiving in return.

The A’s acquired Profar last winter, but the 26-year-old struggled through a disappointing 2019 season for Oakland. He had big shoes to fill, replacing outgoing All-Star Jed Lowrie, but he never found a groove on either side of the ball. Despite solid power and plate discipline, his batting line remained well below-average all summer long, and he completely collapsed on defense, specifically by losing the ability to make a simple throw to first base.