Oakland A’s seem ready to move on from Jurickson Profar 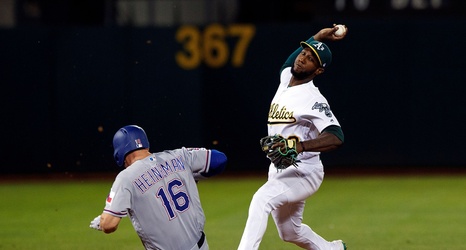 The Oakland A’s were looking for a replacement for Jed Lowrie at second base before the 2019 season. They were after a cost-efficient player that the team could control. Lowrie was bound to get a bigger offer that the A’s couldn’t match elsewhere.

The A’s made a three-team deal that sent out Emilio Pagan, they in return received Jurickson Profar. Lowrie would ultimately sign with the New York Mets at a 2-year $20 million deal.

Profar coming off a breakout season with the Texas Rangers put up a .