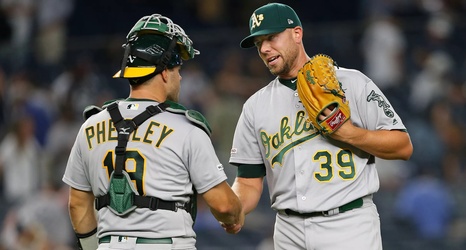 The A’s entered the day with 12 arbitration-eligible players, who were under team control but didn’t yet have contracts for 2020. They traded one of them before the deadline, as second baseman Jurickson Profar moved to the Padres. They agreed to a contract with another in reliever T.J. McFarland, avoiding arbitration entirely with the lefty. Of the remaining 10, seven more were tendered contracts, though their salaries are yet to be determined, either via an agreement like McFarland’s or (rarely) a hearing in front of a third-party arbiter.