Oakland A’s: Hirokazu Sawamura could be an intriguing target 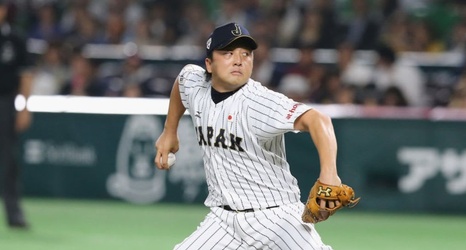 FUKUOKA, JAPAN - NOVEMBER 06: Hirokazu Sawamura #15 of Japan in action during the send-off friendly match for WBSC Premier 12 between Japan and Puerto Rico at the Fukuoka Dome on November 6, 2015 in Fukuoka, Japan. (Photo by Sports Nippon/Getty Images)

The Oakland A’s quest for additional relievers could include a search overseas, where Hirokazu Sawamura would be an intriguing option.

With free agency getting ever closer, the Oakland A’s will soon be faced with some difficult decisions. They will be tasked with somehow rebuilding the roster in the wake of multiple expected departures in free agency, with ten players slated to hit the market.