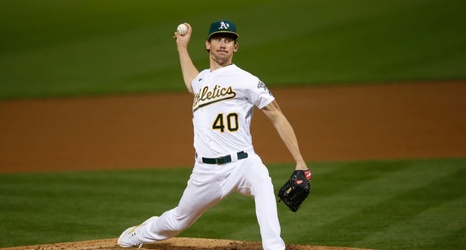 OAKLAND, CA - SEPTEMBER 18: Chris Bassitt #40 of the Oakland Athletics pitches during the game against the San Francisco Giants at RingCentral Coliseum on September 18, 2020 in Oakland, California. The Athletics defeated the Giants 6-0. (Photo by Michael Zagaris/Oakland Athletics/Getty Images)

After an odd 2020 season, the Oakland A’s welcomed 10,436 fans to the Oakland Coliseum for an Opening Day matchup against the rival Houston Astros.

Following a troubling 2019-20 offseason with the sign stealing scandal, the Astros faced fans on the road for the first time since Jose Altuve and others were publicly outed by a Major League Baseball investigation.