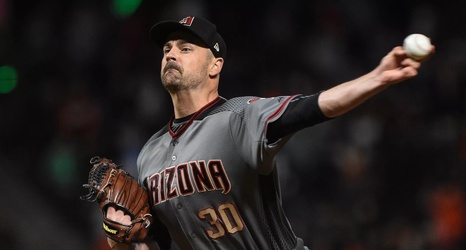 The Oakland A’s made their first addition of the offseason on Monday, announcing that they claimed left-handed pitcher T.J. McFarland off waivers from the Arizona Diamondbacks.

The 30-year-old McFarland has spent the last seven seasons in the majors, four for the Orioles and the last three for the D’Backs. His career numbers are roughly average overall, but he enjoyed his best season by far in 2018, when he posted a 2.00 ERA (and 3.63 FIP) over 72 innings. He doesn’t strike anyone out, but he keeps the ball on the ground and in the park.