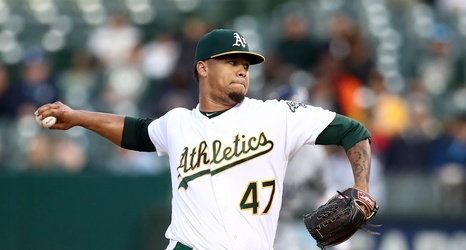 The Oakland A’s activated pitcher Frankie Montas from his PED suspension on Wednesday, the team announced. The right-hander will start the evening’s game against the Angels. To clear a spot on the 40-man roster, catcher Beau Taylor was designated for assignment.

At the end of June, Montas was popped for a PED violation, netting him an 80-game suspension for a first-time offense. At the time he was enjoying a breakout season and looked like a lock to make the All-Star team, giving the A’s the rotation ace that they’d seemed to lack entering the year. The suspension stopped him in his tracks and effectively cost him the rest of the summer, though he’s now back in time for the final five games of the regular season.