MLB The Show 20 player ratings: Where A’s roster ended up on 100 scale 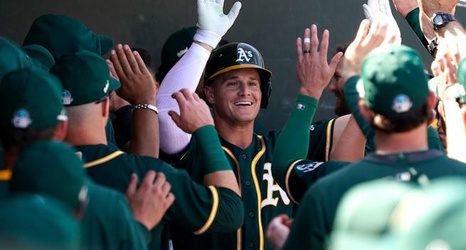 We won't have live Oakland A’s baseball for a while. For now, we have to improvise.

One of the ways the league is making sure everyone stays home is by implementing a way to watch MLB The Show 20 in a tournament put on by the players themselves.

In the game, you’re able to create essentially your own legacy in Major League Baseball.

Just like most games based on professional sports, each individual is given an overall rating.

Here are how some of the A’s players fared, out of a possible best score of 100: