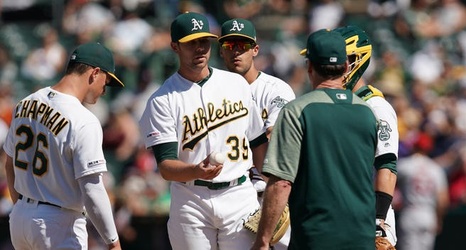 On Tuesday, it was reported by The Athletic's Ken Rosenthal the A's are looking to trade three veterans: Jurickson Profar, Josh Phegley and Blake Treinen.

It turns out the Yankees reportedly are interested in Treinen, Rosenthal reported Friday:

#Yankees one of teams interested in #Athletics’ Blake Treinen, sources tell The Athletic. Wrote Tuesday about OAK’s willingness to move Treinen and other non-tender candidates. https://t.co/f5wHdir05C

It goes without saying the Yankees could afford the 31-year-old reliever, who has a projected arbitration value of $7.