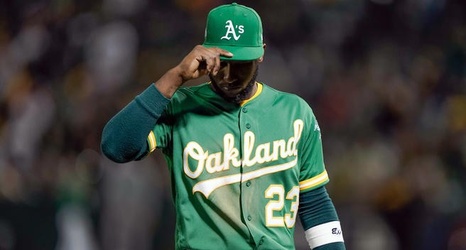 The MLB hot stove is beginning to heat up in Oakland.

ESPN's Jeff Pasan reported Monday that the A's acquired catcher Austin Allen and a player to be named later from the Padres in the trade.

The Oakland A's have traded infielder Jurickson Profar to the San Diego Padres for catcher Austin Allen and a player to be named later, sources tell ESPN.

Profar was likely to be non-tendered before the 8 p.