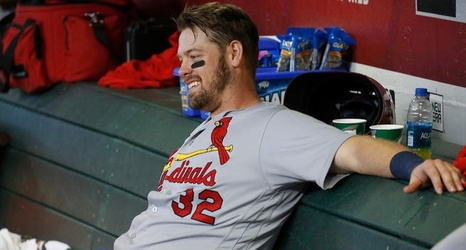 The A's could use a veteran catcher on their major league roster, but Matt Wieters will not be that guy.

Matt Wieters will be signing back with #STLCards. 2M plus 1M incentives.

A little over a week ago, The Athletic's Ken Rosenthal reported, citing sources, that Wieters was drawing interest from the A's and Cardinals.

Wieters to the A's would have made sense because both catchers on Oakland's big league depth chart, Sean Murphy and Austin Allen, are rookies.