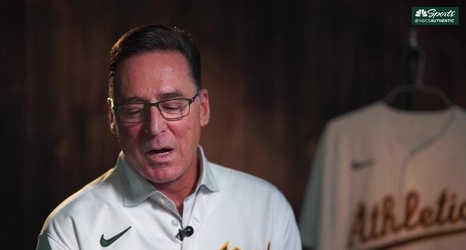 OAKLAND -- Matt Chapman grabbed the microphone during a post-game interview in Aug. of 2018 following a win against the Mariners and wanted to personally talk to A's fans.

He gave a few words of encouragement right into the camera and asked for more attendance at the games in Oakland. He didn't beg by any means, but the lack of people in the stands proved a message needed to be sent.

Some time has gone by since that memo to fans. Chappy is torn whether or not he's received support since then.