Matt Chapman named Wilson Defensive 3B of the Year 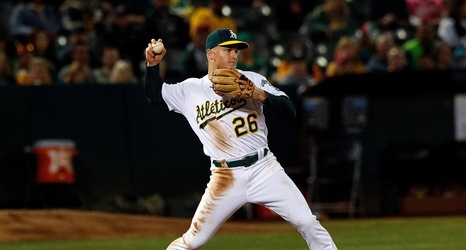 The Wilson Defensive Players of the Year were announced on Wednesday, and unfortunately Matt Chapman did not repeat as the top overall defender in MLB. However, he did at least get the nod as the top third baseman.

The overall winner this year is catcher Roberto Perez of the Cleveland Indians. Chapman was the 2018 winner. You can click here to see the full list overall winners, which dates back to 2012.

In addition to the overall winner, Wilson announces a full lineup with one player from each position. It is not split between leagues, but rather just one player per position in the majors, just like the Fielding Bible.