Matt Chapman leaves game after being hit in head by pitch 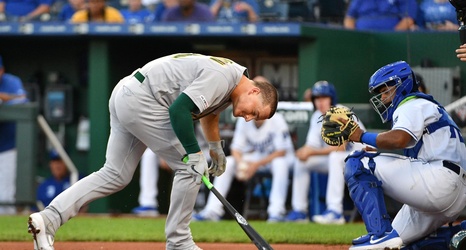 Oakland A’s star Matt Chapman was hit in the head by a pitch on Wednesday, and exited the game shortly thereafter.

Chapman was batting in the 1st inning against Kansas City Royals starter Jakob Junis, when the 1-1 pitch knocked off his helmet. He stayed in the game and scored later in the inning, and even made his next at-bat in the 2nd inning, resulting in a lineout to center field. However, in the bottom of the 2nd, he was replaced at third base by Chad Pinder.

He is saying he is OK, but definitely got grazed along the left ear and neck.