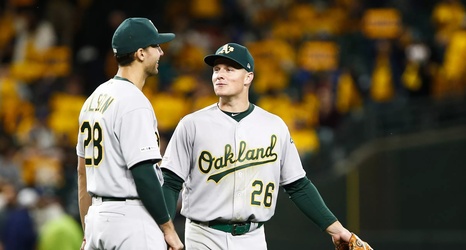 The results are in, and the Oakland A’s still have the best corner infield defense in baseball. The 2019 Fielding Bible awards were announced last Thursday, and third baseman Matt Chapman and first baseman Matt Olson each won comfortably, for the second year in a row after they also both won in 2018.

The Fielding Bible is like the Gold Glove award, but better. The Gold Gloves are voted on by managers and coaches who only see some of the eligible players six times over the course of six months, and historically they have often been skewed by factors such as sheer name power, incumbency, and even offensive stardom.