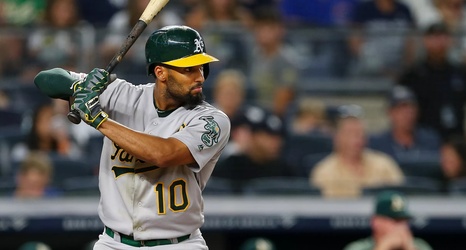 Major League Baseball announced the finalists for the 2019 offseason awards on Monday, and the Oakland A’s have a player in the thick of the MVP race for the first time in a while.

The finalists include the top three players in the voting for each award, and A’s shortstop Marcus Semien is in the running for the American League MVP. His competition is third baseman Alex Bregman of the Astros, and outfielder Mike Trout of the Angels. Click here to see all the finalists in both leagues.

Semien earned this nod with an enormous breakout season.