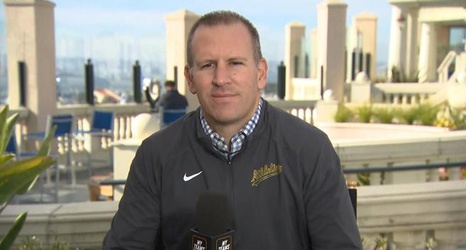 It’s hard to find a more inspiring individual story than the ascent of Liam Hendriks between 2018 and '19. Two seasons ago, Oakland had designated him for assignment. Essentially discarded, mid-campaign.

Several months later, he became their de facto “opener." Last summer, he took over as the A's closer, and All-Star, alongside Matt Chapman.

The Australian has flourished with the A’s, sporting noticeably increased velocity and low ERA.

Liam’s success only is matched by his genuine personality, and enviable speaking accent. Last month at team headquarters, NBC Sports California learned some new things about the 30-year-old.