How bad is A’s season-opening slump at the plate? 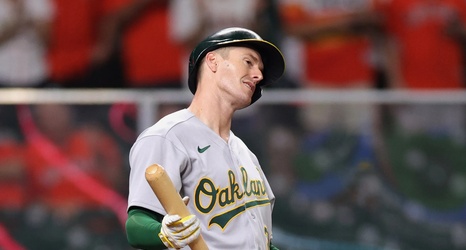 The Oakland A’s have played eight games so far in the 2021 season, and they’ve scored a total of 19 runs. Their 2.38 per-game average is the worst in the majors. Once they put up five, and once four, but otherwise every game has fallen between one and three runs. That’s not going to be enough.

However, eight games doesn’t tell you much in baseball. It’s certainly enough to get your attention, especially at the beginning of the year, and we’d even be talking about it if it came in the middle of the summer after three good months.