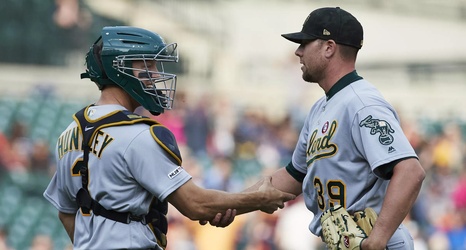 The A’s are 0-7 on Sundays so far this season, often losing in rather spectacular fashion. But there is a chance to buck that unfortunate trend today, as the A’s seek a four game sweep of the Tigers in this Sunday morning affair.

Mike Fiers has been night-and-day worse on the road than he has been at home. At home, Fiers may have labored here and there, but he has had several good starts at Rickey Henderson Field beyond his no hitter. On the road, Fiers has been lucky to get through four innings before needing to get pulled.