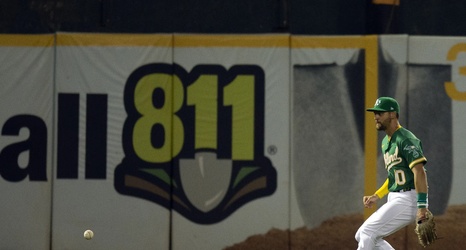 The Oakland A’s lost a see-saw affair on Friday night, losing the series opener against the Cleveland Guardians 9 to 8.

After scoring only six runs over their past five games, the A’s bats finally woke up, collecting 10 hits tonight. When you score 8 times in any given game, you have a pretty good chance to win. Not tonight, though. Of course the one night the offense comes alive the pitching isn’t on its game.

#FilthyFrankie was not that today, getting bit by a couple home runs to go along with an uncharacteristic four walks. The bullpen wasn’t much better, allowing the Guardians to retake the lead in a disaster 7th inning.