Game #122: The Matts Take Off Against The Astros 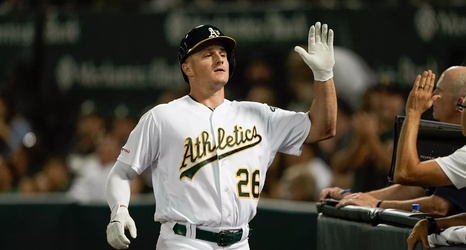 It was a hot day in Oakland, and the box score showed it. The usually pitcher friendly Coliseum was turned into a launching pad as the A’s and Astros combined for a total of 10 home runs, the only scoring plays in the whole game.

Chapman and Olson both had big nights, Olson giving the A’s their first lead with a big home run in the 3rd. They went Matt-to-Matt in the 6th, pushing the A’s up again. Chapman took the final A’s lead in the 8th with his second blast of the night. Also bashing for the A’s was Corban Joseph, tallying his first Major League homer, 6 years after he made his MLB debut.