Game #10: A’s get back on track with first series win 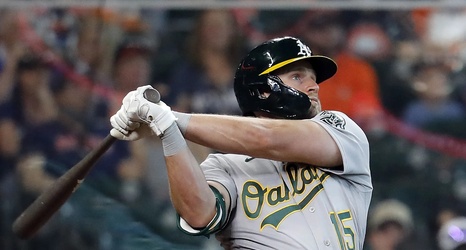 The slow start to 2021 is officially over.

Sure, the Oakland A’s aren’t done climbing all the way out the hole they dug in the standings, still holding a 3-7 record and a spot in the AL West cellar. But after dropping their first six contests, they’ve now won three of the next four, all against top-notch opponents.

The latest triumph was a comfortable 7-3 win over the Houston Astros, earning the A’s their first series win of the year in the three-game slate, and on the road no less. That comes just days after Houston swept the green-and-gold in four dates at the Coliseum, and Oakland looked every bit as dominant as their rivals had in their first matchup.