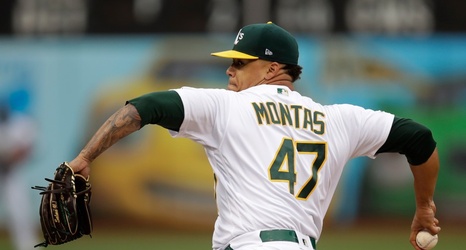 ANAHEIM — Khris Davis has stomach sickness, and will be out of Wednesday’s finale — back at his hotel room recovering — against the Los Angels Angels.

The A’s offense has hit a bit of a skid lately, with some bats on the precipice of a re-emergence as this regular season winds down.