Frankie Montas and Chris Bassitt get votes for 2021 Cy Young 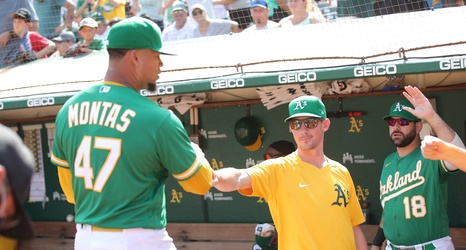 The Oakland A’s starting rotation was their primary strength in 2021, and the group got some national recognition this week.

The Cy Young Awards were announced on Wednesday, and two A’s pitchers received votes in the American League. Frankie Montas finished in sixth place, and Chris Bassitt landed in 10th place, among a dozen names who appeared on at least one ballot. Oakland was one of just three AL teams to have multiple players get Cy votes, along with the White Sox and Blue Jays.

The AL winner came out of Toronto, as Robbie Ray was a nearly unanimous choice for the honor.