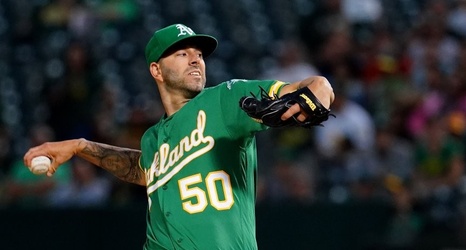 OAKLAND — The A’s beat the Rangers, 8-0, on Friday night. They remain two games ahead of Tampa Bay and Cleveland for the first wild card spot.

Chad Pinder hit his first home run, a three-run jack, since September 6…which was actually registered under the postponed portion of the A’s May 19 game against the Detroit Tigers.

Mark Canha and Marcus Semien hit RBI doubles in the third and fourth innings to extend the A’s lead.