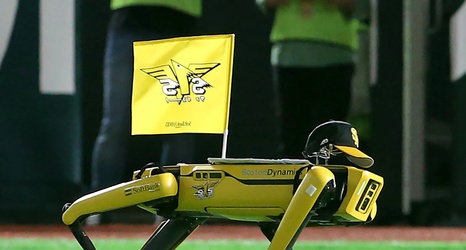 No, robot quadrupeds are not going to be barking balls and strikes in the future. For that matter, there’s no guarantee at this point that calls will be made by robots, ever.

But testing of MLB’s Automated Ball-Strike system (ABS) is picking up steam in the minor leagues, and last week it was deployed in the Pacific Coast League, where the A’s AAA affiliate Las Vegas Aviators play. Matt Kawahara at The San Francisco Chronicle sampled opinions from key players on the Sin City squadron after the Aviators’ game in Tacoma, WA on Tuesday.