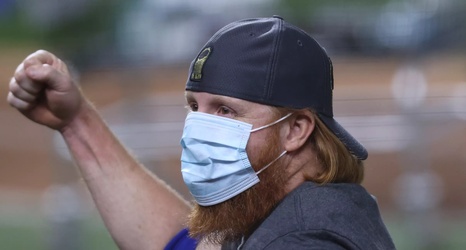 No sooner had the Los Angeles Dodgers recorded the final out of a wonderfully thrilling World Series, than yet another scandal hit the baseball world. True to form in 2020, it took only minutes for a nice thing to become marred by controversy.

During the deciding game on Tuesday, Dodgers third baseman Justin Turner received a positive test for coronavirus, causing him to be pulled in the 7th inning. He was placed in isolation, but after his team won he went back on the field to participate in the celebration in close contact with everyone else involved.