Don’t give up on Adam Kolarek yet 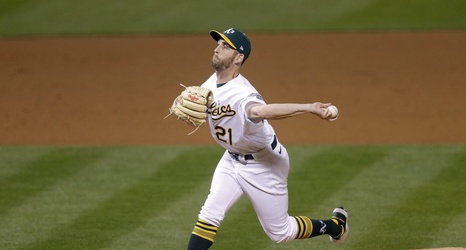 Among the thousand things that have gone wrong for the Oakland A’s in the first week of the 2021 season, one bummer is that they haven’t gotten the results they hoped for from reliever Adam Kolarek.

The A’s acquired the lefty over the winter after he posted an 0.95 ERA for the Los Angeles Dodgers last year, winning a ring along the way. But so far through three appearances for Oakland, he’s got a 22.50 ERA, an 18.39 FIP, and a .476 xwOBA, which are the kinds of off-the-charts bad rates you can only have in a tiny two-inning sample.