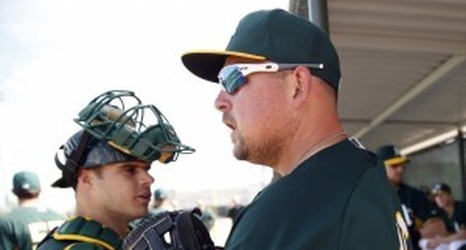 Man, do they love Billy Butler here! He poked his head out from the dugout before the A’s team stretch and was greeted with howls of delight and shouts of “Billy! Billy!”

I can only imagine what it’s going to be like when the Royals have their league championship ring ceremony tonight, which will include Butler. He said he’s going to be pretty emotional. And he’s also a little worried he’ll peel off into the wrong dugout at some point tonight – he did spend eight years here.