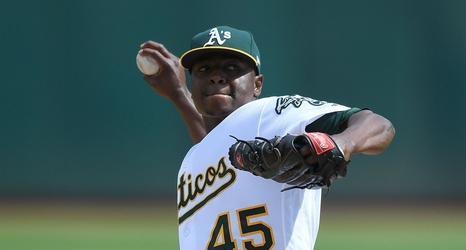 In 2016, the Oakland Athletics acquired a young right-handed pitcher by the name of Jharel Cotton. He was one of the pieces along with Grant Holmes and Frankie Montas in a trade that sent Rich Hill and Josh Reddick to the Dodgers. The A’s were looking to restock their system with live arms and they did just that with this trade, acquiring three right-handed arms.

Cotton was up-and-down in the minor leagues with the Dodgers. But overall graded out as a good prospect. He would immediately slide into a starters role in AAA with the Nashville Sounds after the trade.