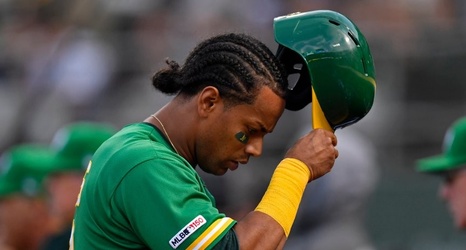 CLEVELAND — The A’s have delayed a decision on whether to place Khris Davis on the injured list.

Davis wasn’t in the lineup for Wednesday’s game against the Cleveland Indians, as he was scheduled to have an MRI on the injury to his left hip, and/or oblique muscle. The A’s are off Thursday before playing Seattle Friday night, beginning a nine-game homestand.

“The thinking is, just on the off chance that a day off (for Davis) today, and a day off tomorrow — we’ll get the MRI results at some point between now and then,” manager Bob Melvin said prior to the game.