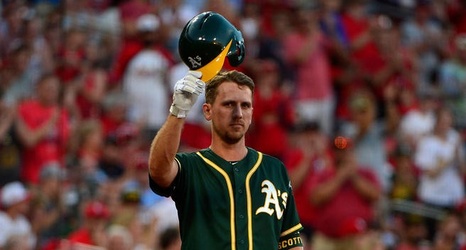 Stephen Piscotty spends his days roaming the outfield for the A's. But long before he sported the green and gold, he was a little leaguer being coached by his dad, Mike.

"He had a little bit of that military-style -- very serious, regimented coaching style which was great for us kids growing up, Stephen said about Mike to NBC Sports California. "There was a time to have fun, but there was a time to be serious. He had a good way of teaching young kids how to play."