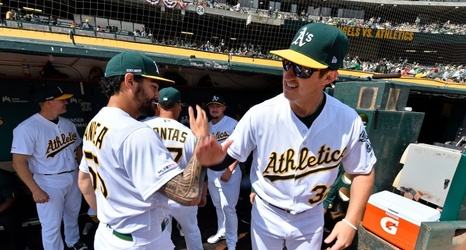 MESA, Ariz. — Hype around a young, promising rotation followed the Oakland A’s into spring training this year. As pitchers and catchers reported to camp on Wednesday, those whiffs of promise wafted again.

Not gonna lie I flinched pic.twitter.com/bYmETG7fwF

Some promising news: Manager Bob Melvin and general manager David Forst said A.J. Puk, Jesús Luzardo and Sean Manaea — all returning from injury plagued 2019 seasons — are not currently expected to be on an innings limit in 2020.