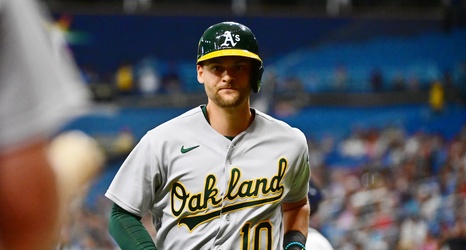 The Oakland A’s are slowly getting back toward the roster they intended to have this month.

The rebuilding club already had a lot of new faces after an avalanche of offseason trades and free agent departures, before seeing seven players go on the COVID IL within the first two weeks after Opening Day. Pinder landed on that list April 18, ultimately missing eight games over the span of nine days.

However, most of those COVID absences have now returned, with only hitter Jed Lowrie and reliever Lou Trivino remaining out for that reason.